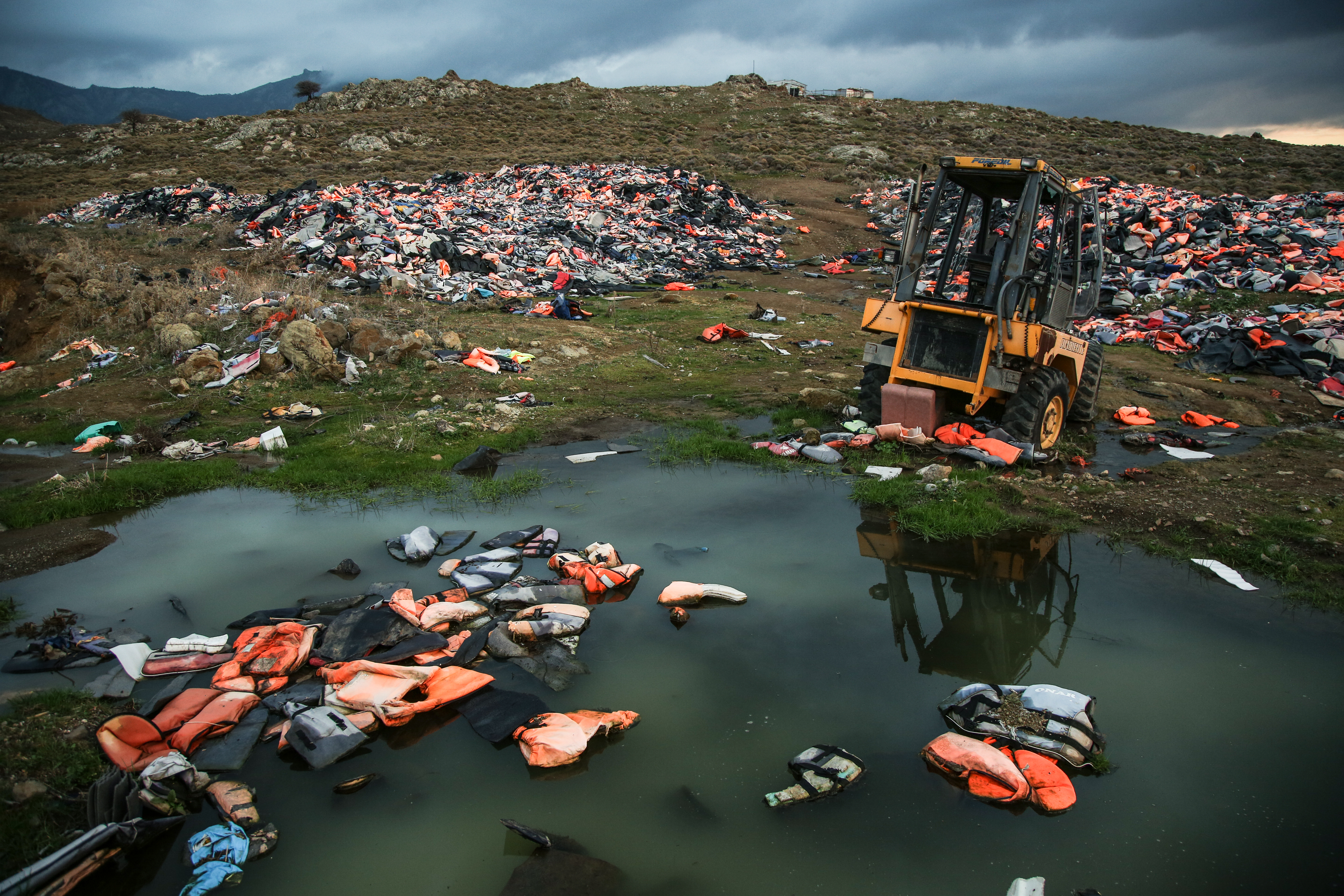 By Jael Tobler and Grainne Farrell

Since the beginning of June 2019, the Greek island of Lesvos has seen a dramatic spike in
arrivals crossing from Turkey to Lesvos. Between Friday night and Sunday morning, 16 boats were reported to have landed on Lesvos carrying 650 people[i].

The most recent numbers released on the 21st November 2019 state that there are more than 18,000 refugees on the Island, with 15,871 persons living inside Moria camp. Moria camp has an official capacity of 2840 persons, meaning it is now more than 5 times over the capacity[ii].

As the numbers trapped on the island increase, the conditions inside the camp have become more desperate than ever before. Those living within Moria are deprived of the most basic human rights on a daily basis, such as access to clean water and shelter.

Unaccompanied minors and the need for European solidarity

He stated that only one EU country responded to his request.[iii] It is unsurprising that the Greek asylum system is heavily overburdened and unable to process the 95,000 plus asylum applications. Other European leaders must work with the Greek government to provide safe transfers from the islands and the mainlands to other European countries.

The living conditions inside and outside of Moria camp are beyond destitute. Tents are
crammed on top of one another, covering every inch of visible floor space. Moria camp is
surrounded by thick barbed wire, a closer resemblance to a prison than a place anyone can call ‘home’.

For the now more than 16,000 plus people forced to call this camp ‘home’, the conditions they face are hellish. Food lines are reported to be over three hours long (sometimes the food then finishes before everyone is served), toilet facilities are ill-equipped, medical facilities are struggling to keep up with the demand and sanitary conditions inside the camp are non-existent.

Those living inside the camp are struggling to access the most basic services and are forced to share their living space with rats and mice. An article by Marianna Karakoulaki and Dimitris Tosidis reported that ‘piles of rubbish are everywhere and there’s a distinct smell of dirt and sewage in the air’[iv].

As the winter fast approaches, conditions within the camp can only deteriorate. Organisations have distributed pallets to place underneath tents to protect them from the damp floor as heavy rains approach. In a place that is already unbearable, it is unimaginable to think of how this camp will survive a harsh winter.

MSF announced on the 17th of November 2019 that a 9-month-old baby had died inside Moria camp as a result of severe dehydration. In a statement released by MSF ‘​Children are dying in Greece, Europe because of the horrific living conditions and lack of adequate care.

Moria is not a suitable place for anyone, especially young vulnerable children who are often facing profound trauma from events prior to their journey and their flight. On the 29th September 2019; a fire broke out inside Moria camp, caused by an electrical fuse. One woman and a child lost their lives when their container went up in flames.[vii]

On the 21st of November, it was announced that the stage 2 transit camp in the North of Lesvos would be closing, meaning that those arriving on the island will have no access to clothing, shelter or medical care.[viii] The North Aegean Police Directorate requested a six-month extension on the closure but this was denied.

Aegean Boat Report commented: Stage 2 is a small camp where new arrivals in the north can get dry clothes, food and medical services before being transported to Moria. Normally people stay there from a few hours to 1–2 days, depending on the situation in Moria. The camp is managed by UNHCR and several NGO’s as well as local staff. Arrivals on Lesvos, and especially in the north is high. This camp is very much needed and is used 24/7. ​Closing of this vital camp in the north can only be seen as another attempt to make a bad situation even worse, a political game at the expense of vulnerable people.[ix]

The recently adopted new Greek law on asylum procedures is worrying. The UNHCR raised concerns that international laws and the rights of the people will be respected with the strict application of this new law. The recent announcement of the Greek Government, to close the so-called “hotspot-camps” and open instead of closed pre-departure camps[x] leaves everyone – asylum seekers and NGOs – in an uncertain state about what is going to happen and how it will proceed.

What is, besides all these negative facts and new information, really impressive is the resilience of the people seeking safety. Instead of being passive and stuck on the island so many want to do something.

This is how One Happy Family as a Community Centre started – with people wanting a place where they can be active. Since almost 2.5 years this Community Centre has grown so much that in the last week every day more than 1000 meals, up to more than 1300 meals have been given out.

Besides a nutritious meal, there are English and Greek classes, carpentry, a Clinic, a library and many basketballs, chess boards and so on – all of these “normal life” things that permit the people to enjoy the positive atmosphere of this safe space. And all of this run by people seeking safety, around 70 “helper” (volunteers from the refugee communities) run the in total 22 projects by themselves. It would never be this strong community without the support of each and every one. More information under www.ohf-lesvos.org

The views, information, or opinions expressed in the blog post are solely those of the author and do not necessarily represent those of Refugee Rights Europe and its employees. Refugee Rights Europe invites a spectrum of viewpoints to feature on its blog in order to highlight different aspects of the human rights crisis facing refugees and displaced people in Europe, with the hope of generating discussion conducive to constructive solutions. 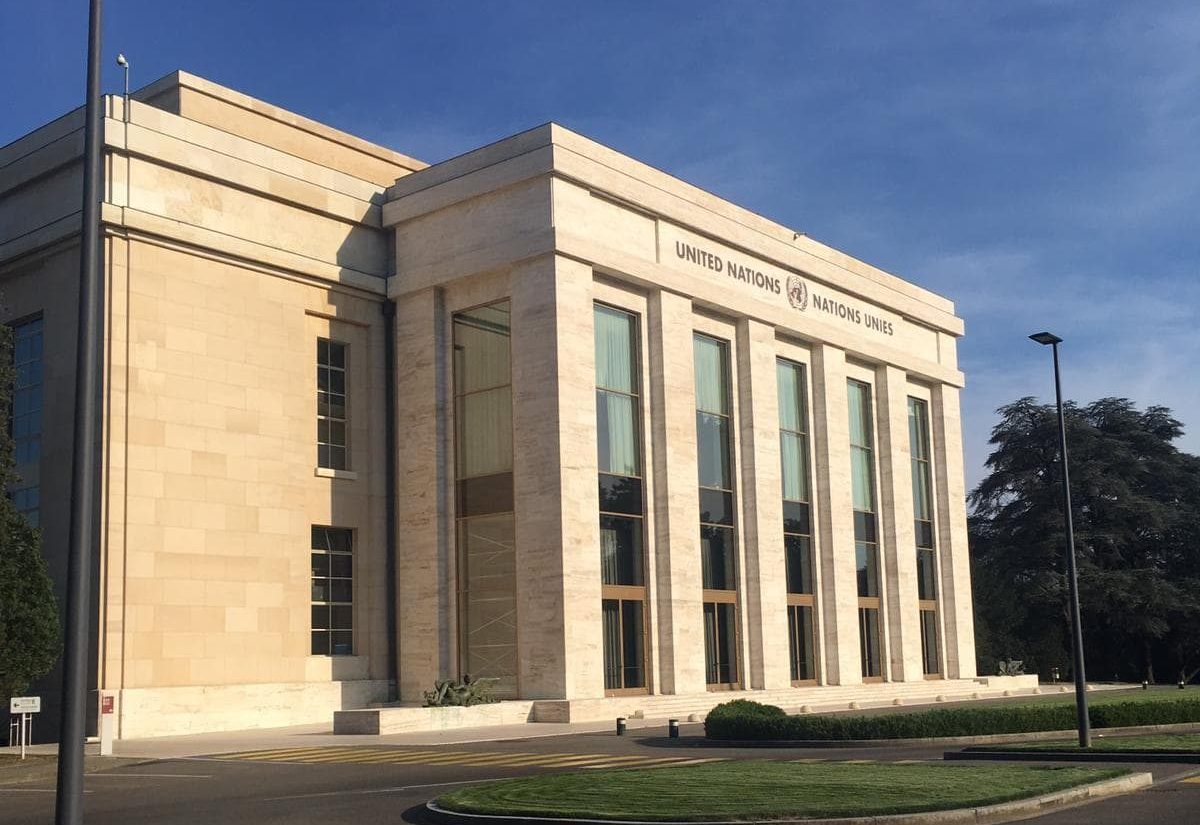 RRE submits evidence to the UN Committee against Torture 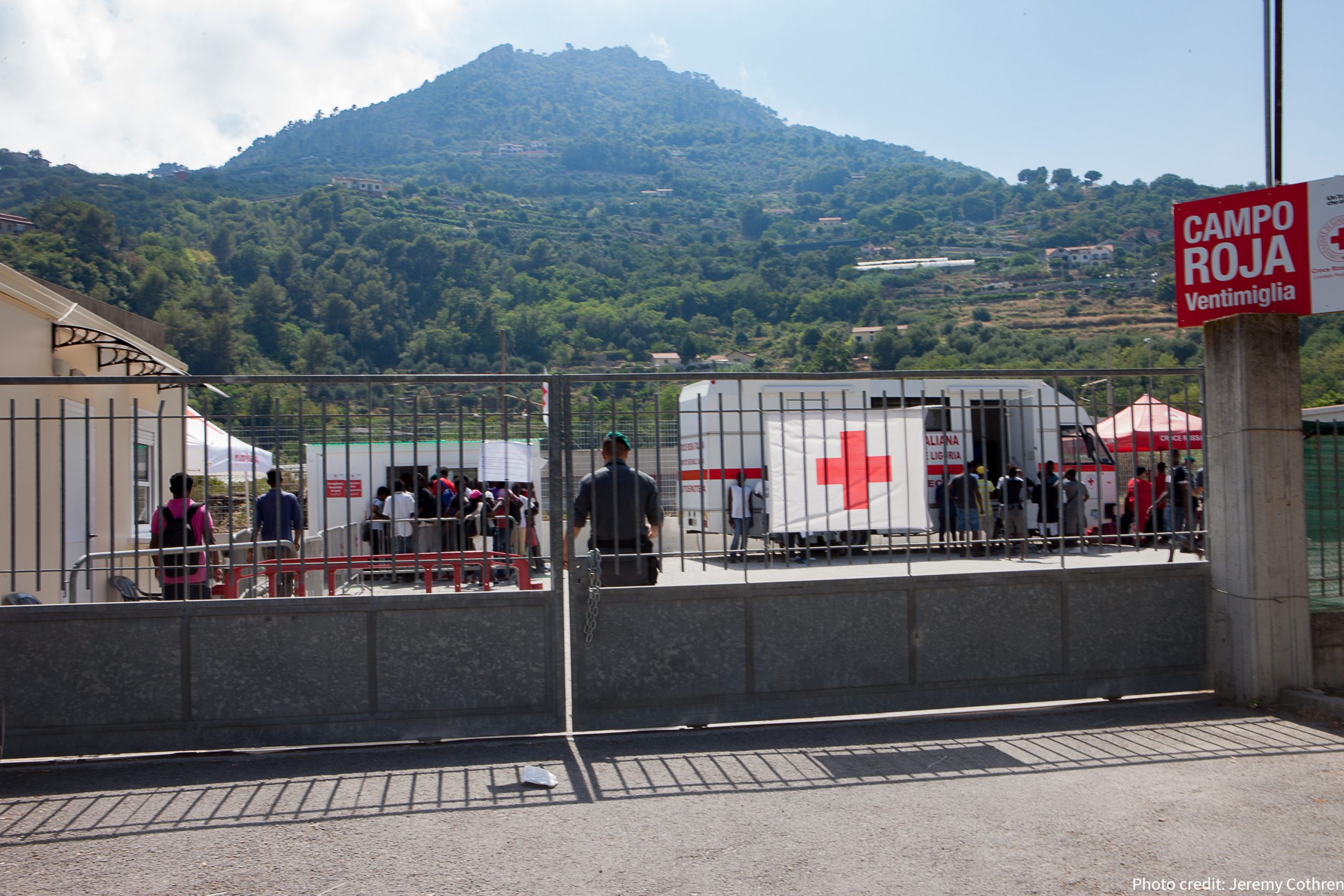 Closure of the Red Cross Reception Centre in Ventimiglia